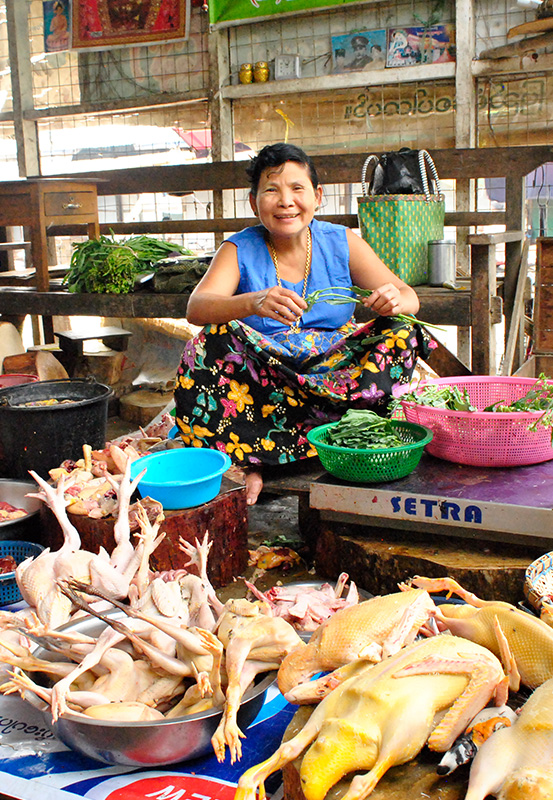 Myanmar is a rapid emerging market with a fast growing population of approximately 60 million people. Currently, around 25% of the population is living below the national poverty line. As a result, despite of national rice self-sufficiency, food security for many households and individuals is elusive (MSU, 2013).

Poultry is identified by the Government as one of the most important source for food security. Due to cultural and religious reasons, poultry meat is the most consumed meat in Myanmar (accounting for 60% of the total meat consumption). However, in comparison with other countries in South East Asia, the current consumption of poultry meat is relatively low. Consumption figures in Myanmar are only half of neighboring country Thailand, or one fifth of Singapore. The demand for poultry meat is expected to grow with 5-10% per year.

To fulfill the growing local demand for affordable food, productivity needs to increase significantly by introducing disease resistant broilers, high quality feed and a decent training program the project aims to provide more affordable poultry meat with higher quality and a safe and stable and supply. The project is aiming to increase the domestic supply of poultry meat with 18 million kg/year. With the current per capita consumption figure, this will be equivalent to the annual consumption of 1 million people.